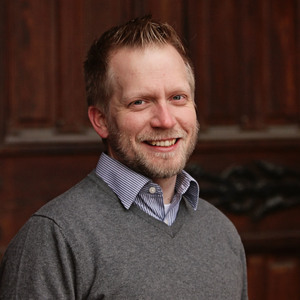 Jeff Salyer is originally from Clinton, TN. He graduated from Lee University with a degree in telecommunications in 2001.

In 2009 he graduated with his Masters in Communication and in 2015 completed a PhD in Communication both from Regent University. His dissertation title is “The Value Restoration Model: Pixar and the Rhetoric of the american Dream"

He currently serves as Director of Media and Marketing at Lee University. He also serves as part-time faculty teaching courses such as film history, film producing, and remote video production among others.

He has, in collaboration with students and faculty, produced 4 short films that have been in film festivals across the world including the Chattanooga, Knoxville, Nashville Film Festivals winning several awards including Best Short Film 4 times. The most recent festival acceptance was in the prestigious Austin Film Festival in Austin, TX.

This past summer Jeff produced a feature film entitled Christmas in July.

He is an avid runner and is married to April Brantley Salyer and they have 2 children, Abigail, 10 and Brantley, 6.